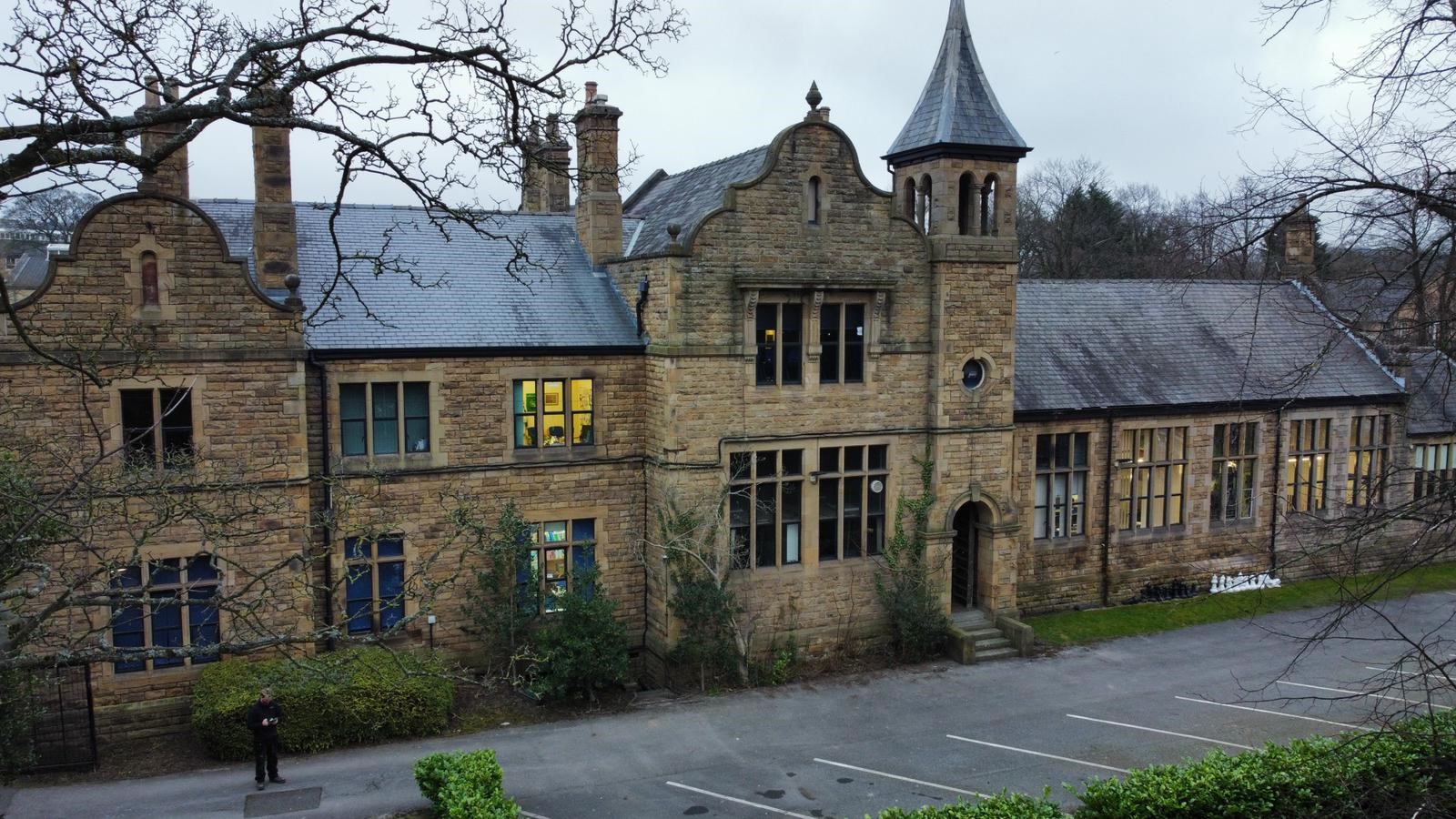 For hundreds of years, DHFS had a House system. Following a 30-year absence, a House system was re-introduced in 2011; the original four Houses (Fanshawe, Baggaley, Spaven and Millican) were joined by two new ones (Buxton and Gosforth) to reflect the school’s more recent history.

During Mr Baggaley’s 38 years as Headteacher the school grew from just 13 boys to 175 pupils. Taking in girls for the first time in 1899. Mr Baggaley was an accomplished French linguist and founder member of the Association of Head Masters. When he was appointed, Mr Baggaley was paid a salary of £100 a year and could live in a nearby house free of charge. He was a passionate gardener and was known as “Boss Baggs”.

Baggaley House is one of the school’s original three Houses.

Buxton House is named after Mrs Gladys Buxton whose name was used for a school opened in 1960 to serve children in the Holmesdale area of Dronfield.

In 1960 Mrs Gladys Buxton was the Chair of Derbyshire Education Committee.

Gladys Buxton school later merged with Fanshawe and Gosforth in 1990 to become The Dronfield School.

Fanshawe House is named after Thomas Fanshawe, the nephew of Henry Fanshawe who started the school in 1579, following the wishes of his Uncle’s will after his death. Thomas Fanshawe’s initials “TF” are found on the school badge.

The Fanshawe Family lived in Fanshawe Gate in Holmesfield since 1260 and were a powerful local family. Henry Fanshawe was the Chancellor of the Exchequer for Queen Elizabeth I in 1566. This is represented still today by the checked square in the school badge.

Fanshawe House is one of the school’s original three Houses.

Gosforth House is named after the Gosforth School which was opened in 1953 to serve children on both sides of the Drone Valley.

Gosforth School later merged in 1990 with Fanshawe and Gladys Buxton Schools to create The Dronfield School.

The Gosforth School buildings were used to accommodate students in Years 7 to 9 until the split site school moved all students onto the Fanshawe site in 2004.

The Gosforth School buildings were finally demolished and the land sold for private housing and a community sports facility.

Millican House is named after Norman S. Millican, Head Teacher for 27 years between 1926 and 1953.

Mr Millican and his family lived in the house currently used as Student Services. It was then known as “New Hall”.

Mr Millican placed great emphasis on service beyond self achievement. He built up an impressive cadet corps.

Millican House was added to the original three Houses in the 1960s.

Miss Spaven designed and made the memorial window in the original 1867 Fanshawe building previously an assembly hall, now used as the E-Learning Centre.

The window shows St. George with the words “In honour of the old boys of this school who gave their lives in the Great War”.

Spaven House is one of the school’s original three Houses.

There are five areas to compete in:

The point system for each competition is the same ensuring all competitions are as equally important;

Students have the opportunity to lead and support their House by becoming a House Captain. Each House can have up to six house captains; two lower; two middle; and two upper school representatives. The students are elected to become house captains for the year and play a vital role within the house system.

What can I do for my House?