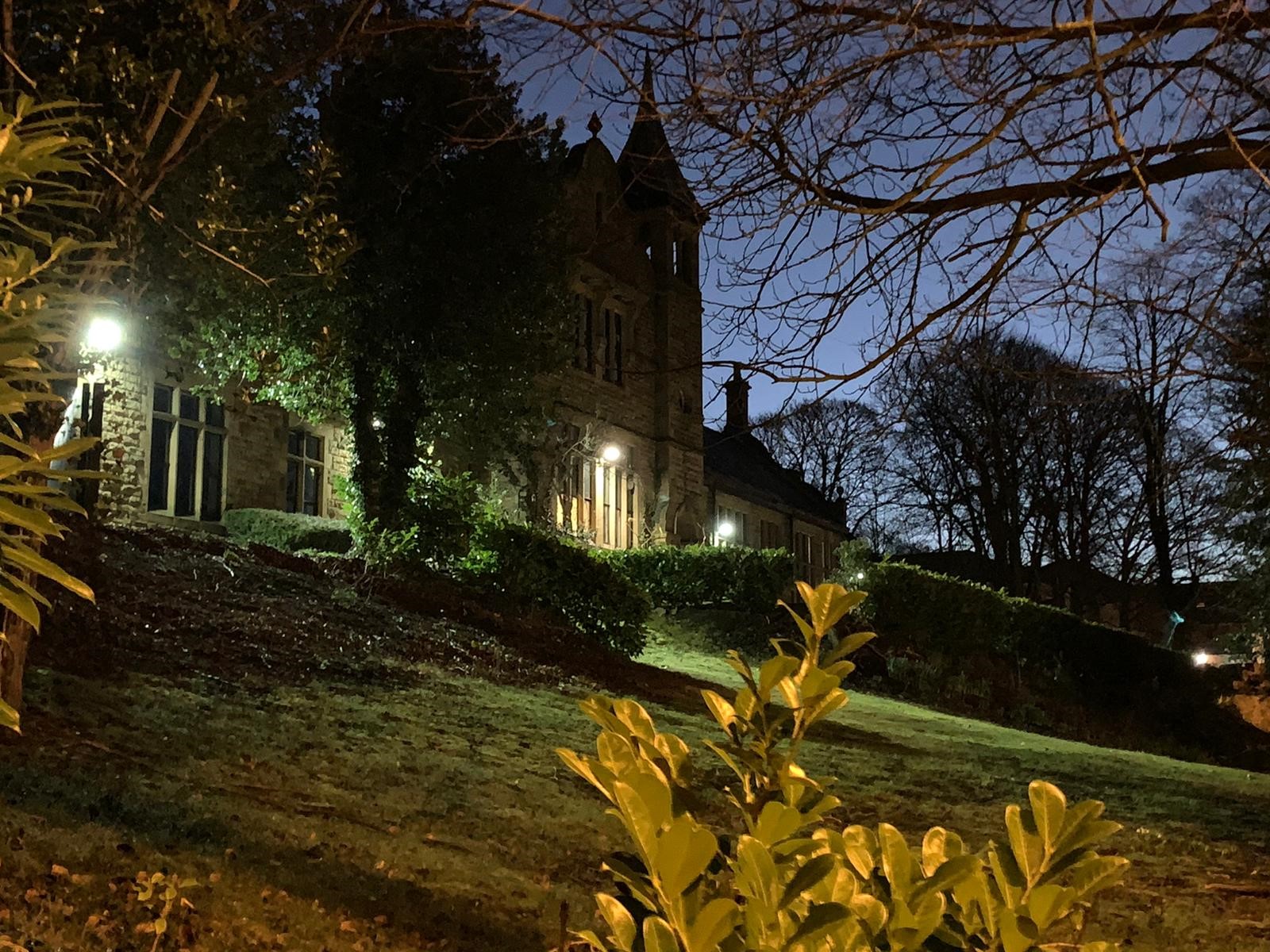 Dronfield is situated in the eastern foothills of the Pennines, equidistance from the busy city of Sheffield in the North and the Derbyshire market town of Chesterfield in the South.

The first people to inhabit Dronfield district were probably the Angles who came across from the east, working their way up the river valleys to find good settlement sites at the edge of the hills. In this case the site they chose was on the ridge sloping up to the west above the meandering River Drone, a tributary of the Rother. Here they later put up the first church, roughly where the present parish church of St. John the Baptist stands. Dronfield became a little market centre for the surrounding district, particularly for the farmers who reared cattle and sheep and grew some cereals.

The discovery of iron ore in the underlying rocks led to the development of small scale iron goods, particularly the “edge tools” required by farmers and for general household use. The plentiful mixed woodland of the district supplied the fuel for smelting the metal. Dronfield had achieved a reputation for its “edge tools” (scythes, sickles, axes and spades) by the 17th century. There’s a story that the axe used to behead King Charles I in 1649 was made in a Dronfield works. With the change of fuel from wood to coal, the Dronfield area was able to exploit its underlying wealth and literally dozens of small collieries were opened in the district.

The coming of the railway in 1870 gave a mighty boost to the town’s industrial development. George Stephenson had built the original Midland Railway route from Chesterfield to Yorkshire some miles to the east, through the gentler inclines of the Rother Valley. This new, shorter line linking Chesterfield to Sheffield passed straight through Dronfield and caused many changes to the valley floor – including the loss of several corn mill dams.

New factories developed alongside the railway (though the later closure of the large Cammell’s steel works in 1883 brought great hardship and wholesale unemployment for some years). As the small, local coal mines closed many working men travelled by train to the newer, large mines beyond Chesterfield. For a century and more Dronfield had a large number of coal miners resident in the town; today there isn’t one.

The development of large private housing estates around Dronfield’s perimeter has raised the population of about 9,000 in 1950 to around 25,000 today. The largest development has been in the Gosforth Valley to the west; when completed 30 years ago this was the largest private housing estate in Europe. The town is today a dormitory settlement for Sheffield and Chesterfield, with surprisingly extensive industrial estates of its own.

Further recent developments include a new supermarket immediately to the north of the old town centre and the tasteful conversion of an old foundry into retail outlets, including gift shops and a restaurant. Small scale infilling of spaces with new housing continues to concentrate urbanisation so that a resident from the 18th century would barely recognise any part of the town, but they would relate to the surprisingly unchanged surround of pleasant, hilly farmland and woods which is a sort of green girdle or golden frame.

Peak District National Park (4 miles) – This lies to the west of Dronfield, consisting of 524 square miles breathtaking countryside and over 5,000 miles of public footpaths.

Chatsworth House and Gardens (11 miles) – The beautiful stately home of the Duke and Duchess of Devonshire stands in a magnificent setting on the banks of the River Derwent near Bakewell.

Haddon Hall (15 miles) – The country’s most complete and authentic example of a 14th century manor house is situated on the River Wye near Bakewell.

Chesterfield (6 miles) – This bustling historic market town, where more than 200 stalls crowd the historic market place four days a week, is dominated by the “Crooked Spire” of the Church of St Mary and All Saints. Rising up 228 feet, the lead clad Spire leans 9 feet 5 inches from its true centre.

Castleton’s Caves (20 miles) – Blue John, Treak Cliff, Speedwell and Peak Caverns are all impressive show caves located in Castleton. The last of these is the largest natural cavern in Derbyshire.

Renishaw Hall (6.5 miles) – For nearly 400 years, this has been the home of the Sitwell family. During the summer months, the Italian styled 4 acre garden is open to the public.

Revolution House (4 miles) – This 17th century thatched cottage, situated in the nearby village of Old Whittington, was the location where three noblemen began planning the overthrow of King James II.